Pavlova is a meringue-based cake with a slight crisp crust, whipped cream filling, and triple berry sauce on the top, making it crispy on the outside and soft on the inside. A festive dessert perfect for big days like Thanksgiving and family reunion.

This creamy dessert was made after the name of the very famous Russian ballerina in the late 1880s and the early 1900s, Anna Pavlova. There is a never-ending argument between New Zealand and Australia about where this dessert originated. According to some sources, New Zealand claimed that it was theirs, while Australia also did the same. For that, there are two different stories to tell.

First, Pavlova came from New Zealand when a Wellington hotel made the recipe in the 1920s, when Anna visited the country for her world tour. The chef combined cream over meringue as he/she got inspired by Anna’s tutu. And then, the Australian version is Bert Sachse, an Australian chef, who created it first in 1935. Besides, they claimed to have an article in 1926 of the jelly-based version recipe of Pavlova.

However, no matter where this luscious dish comes from, it’s, in the end, a delicious food for me. Besides, I believe that food can bring people together. So, no need to argue over food! Instead, let’s take a look at how we can make this slightly crusty and delicate dessert. Ready? Let’s get started.

The Ingredients of Triple Berry Pavlova

First of all, you need to make the sauce. To make Triple Berry sauce, what you need are frozen berries (raspberry, blueberry, and strawberry) and sugar.

HOW TO MAKE TRIPLE BERRY PAVLOVA

First, heat the frozen berries and sugar in a saucepan over a medium-low heat. Keep stir it after the sugar is dissolved. Then, turn the heat into medium-high while you mash the berries until it is boiling and the sauce thickens.

Finally, turn off the heat then transfer the sauce to a bowl. Let it cool completely, and set aside.

To start, beat the egg whites with a hand mixer at a high speed until it becomes soft peaks. Then, gradually add sugar, about 1 tbsp at a time. Stir it after each addition until the sugar is completely dissolved.

Next, add apple cider vinegar and cornstarch, then beat again until it becomes hard peaks and shiny.

After that, gently place the pavlova fluff into parchment paper. Shape it with a spatula into a round shape, and make the top flat. After it’s done, carefully place it into the oven. Change the temperature to 266°F or 130°C, and bake it for 1 hour.

While waiting, beat the heavy cream using hand mixer until soft peaks and set aside.

After the baking is done, let the pavlova cool in the oven with the door slightly open. It will make the texture crispy in the outside and creamy in the inside.

Later on, put the cream in the middle of the meringue and spread it using offset spatula. Then, add triple berry sauce on top of it. Finally, decorate it with edible flowers (or fruits if you want, it’s optional). There you go, your triple berry pavlova is ready to serve. Enjoy!

Don’t forget to try this recipe, let me know if this recipe works and be your favorite menu to cook. You can save this recipe with sign up for my email list! Please leave a star rating and a review in the comment section further down the page. I always appreciate your feedback. 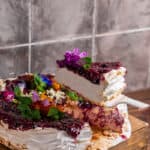 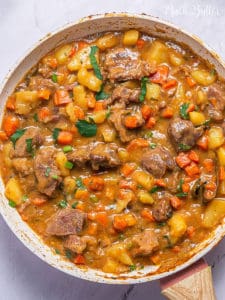 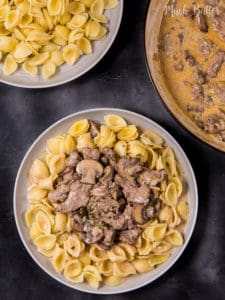 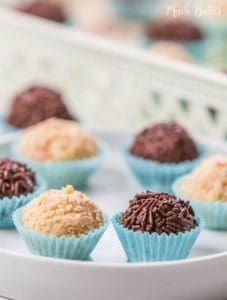 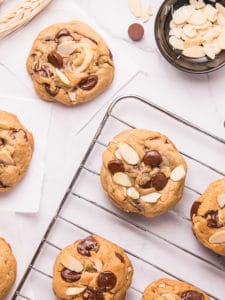 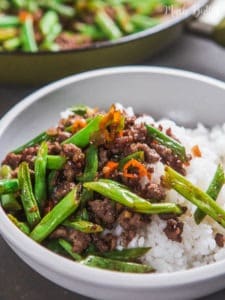 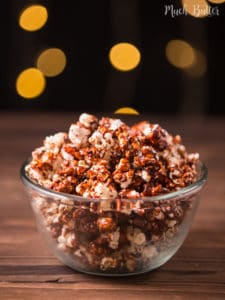