Do you want a delicious no-bake dessert? Try making magnolia bakery banana pudding! It is a favorite American classic dessert for weeknight or potlucks. You can make it easy at home with this shortcut recipe. Adapting from the original recipe, this recipe has layers of creamy pudding, bananas, whip cream, and egg drop biscuit.

Today, my sisters and I want something sweet to fill our sweet tooth. We want to make a sweet and simple dessert. I like to make my own food because I think it will taste better.

Because of this reason, I also surfed on the internet about what desserts are delicious or popular these days. I stopped looking when I saw a picture of a pudding with bananas. I remember that I have a stock of bananas and pudding that I bought yesterday. The pictures really look delicious!

I looked for various information about banana pudding. It turned out that banana pudding is a popular and favorite dessert in America. In New York, this dessert is always the first choice menu in the popular New York Bakery.

Then, I searched for the original recipe because I thought it was a perfect snack and dessert. After searching, I saw that this popular bakery sells its recipe book in international e-commerce. I immediately bought the recipe book. I really wanted to try the original version, but I couldn’t find this authentic dessert in Indonesia.

After I bought the recipe book, I was surprised to see how to make it. It is very easy and simple. Indeed, there are some ingredients that I cannot find in Indonesia. Therefore, I make the changes to some of the ingredients and steps in this recipe.

What is Banana Pudding?

Banana pudding usually consists of layers. It consists of vanilla pudding, biscuits or cake, and banana slices topped with whipped cream or meringue. After that, you have to chill it.

What Makes Banana Pudding is “Southern”?

There is no clear answer to why banana pudding is a Southern dessert. That may be because the geographic South is closer to the source of the banana.

Several factors cause this to be a southern dish. First, the dish does not require an oven. In some southern recipes, they usually don’t use the oven. They make some dishes that they could eat in the hot summer. It is also a very sweet dessert. The Southern people are famous for their sweet tooth.

This dessert is easier when you produce in large quantities. It makes a perfect addition to picnics, family gatherings, and other important social events in the South. Other writers have contemplated that Southerners like to take shortcuts when cooking, such as using pre-made cakes or flavored pudding mixes – which still produce great flavors.

What ingredients for Magnolia Banana Pudding?

How to Make Magnolia Banana Pudding

Mix sweetened condensed milk with water using a hand mixer until well combined, after that add instant pudding, mix again for about 2 minutes.

Store the pudding mixture in the fridge and let it set for about 4 hours.

Add ½ of the pudding and mix with a hand mixer until just combined. Add the rest and mix again until combined.

Slice the bananas. Set aside.

Cover it with plastic wrap, refrigerate for 6 hours or overnight.

When serving, scoop the banana pudding with ice cream scoop to the cup. Enjoy!

How to reduce browning of bananas in banana pudding?

This recipe is a recipe that doesn’t last long. After you’ve chilled it for ten hours, you better be quick to finish it off right away. The banana will turn brown when it oxidizes. There are a number of things you can do to avoid turning brown quickly:

The banana pudding will start turning brown after 2 days. The flavor will last for 4 days in the refrigerator in an airtight container. The bananas won’t turn brown because they aren’t directly affected by the air. However, the biscuit will soften over time. So, if you are not a fan of wet cakes, try to finish them faster.

Should we chill this banana pudding?

Banana pudding contains a lot of dairy products so you should store it in the refrigerator. It is better if you wrap it in plastic wrap. For best results, let the banana pudding sit for at least 4 hours, best overnight! I like to make it the day before. This actually allows the flavor to intensify and gives the pudding mixture a chance to thicken and set. 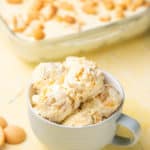 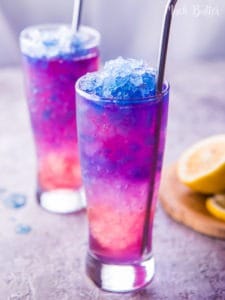 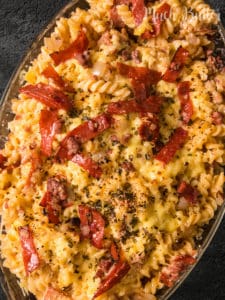 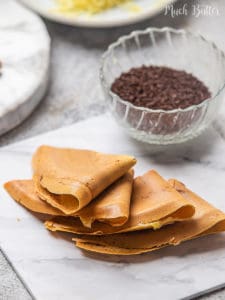 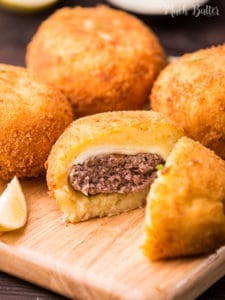 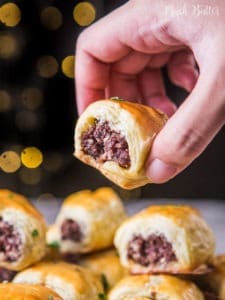 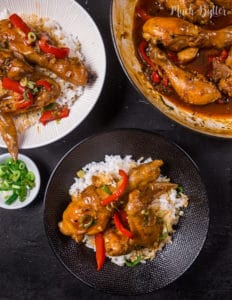